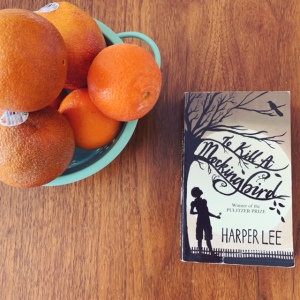 How did I make it through this much of my life without reading this book??? As I was wrapping up my 2018 of reading, I decided to throw in the classic To Kill a Mockingbird to finally tackle this well known favorite.

To Kill a Mockingbird follows the world of young Scout, her elder brother Jem, and their father Atticus as he defends a black man in the deep American south during the 1930s. This book is full of racial tensions, gendered expectations, and many good lessons. I can’t imagine reading this and grasping its depths entirely as a child, but I wish I had. I wish I had informed classroom discussions about this context and its relation to actual American history. I found it to be absolutely riveting as an adult and if you are one of the few who haven’t yet read it, borrow a friend’s copy. I’m sure they’d be happy to lend it to you and to have in-depth conversations about it as soon as you’re finished. 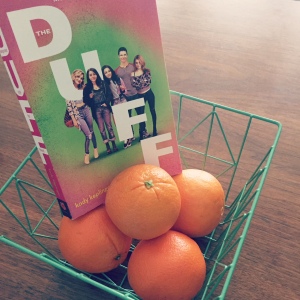 I acquired this from my library’s $1 book sale and snatched this up after enjoying the movie based on the novel. The DUFF follows Bianca, a high school student, who feels like the least glowing member of her group of girlfriends, especially after this is pointed out by the resident “hot guy” of her high school. Whilst this is going on, Bianca is also going through some tribulations at home: her sober father begins drinking again after some issues with his marriage emerge and Bianca must confront a previous, unhealthy relationship of her own and uses sex to distract herself. It took too long for me to get into The DUFF and it took over 100 pages for Bianca to challenge certain things (like her being labeled as the D.U.F.F. or “designated, ugly, fat friend”) and embrace empowerment. Once Bianca started challenging language that was being used and questioning how both girls and boys unfairly judge girls, the novel became a lot more digestible. The dialogue was full of suicide jokes (ugh) and while The DUFF was an okay story, it never really redeemed itself. The best thing about this novel is that its and another book I just finished (The Sky is Everywhere) frequent mentioning of Wuthering Heights has inspired me to add that classic to my To Read list.

This was my first dive into the words of Simon Rich, despite consistently ranking the show he created (that is based on this collection), Man Seeking Woman, as one of my top five favorite TV shows. This is a collection of humorous, laugh-out-loud stories that largely revolve around heterosexual relationships from the perspective of a dorky man in his 20s/30s.

Because I knew I loved the tone of Man Seeking Woman, the absurdist comedy featured in this book was something I was familiar with and enjoyed. A lot of the storylines for the show were lifted from this collection, which makes some of the particularly absurd examples easier to visualize in my brain since I had already seen them depicted in the show.

Within the first 6 pages of the collection, I had already laughed out loud three times. The jokes I laughed the most at were New York situational humor though, so they may not be as funny to someone who hasn’t spent a lot of time in the city, but oof did I love them.