My book blog has been active for about a month which means I’m officially able to post my very first monthly roundup! Despite the fact that this is first month that the blog has really been active, I’ve got a ton of backlogged reviews of books (11 to be exact) read earlier this year that will be uploaded as I acquire more time to finally write the reviews (you can see sneak peeks of the reviews by checking out my GoodReads account). My goal is to read 52 books in 52 weeks and to eventually have a full 52 reviews posted by December 31, 2015. Thank you for joining me as I document my journey! 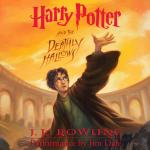 Unfortunately, I wasn’t able to post reviews for all of the books I finished in April. In addition to the above books, I finished We Were Liars by E. Lockhart and Anna and the French Kiss by Stephanie Perkins and those reviews will be coming in May!

These are the books that I received during the month of April and may or may not be books that I was able to actively read during April. Books that are from the library have an increased likelihood of being read sooner due to the limited time that I have access to them.

As I move forward with posting my book reviews, I’m hoping to balance adding a backlogged book review for every new book review that’s posted. I’m aiming to post the following January + February reads during the month of May.

& that’s it for my very first reading round up! Thank you for reading! If you have any tips for making my round ups more interesting to you, please share in the comments! If you feel inclined, check out my very new Instagram account and follow me on Twitter.

Disclaimer: I was provided with an Advance Reading Copy of this book for free from the Penguin First to Read program. All opinions expressed in the following review are my own and have not been influenced by Penguin.

A Field Guide to Awkward Silences by Alexandra Petri

Lately, the book market has been saturated by fun, humorous, and self-deprecating memoirs written by young women. Compared to all the similar memoirs I’ve read, Alexandra Petri manages to write her version in a more entertaining and unique way.

The main reason that Petri’s book stands out also makes parts of her book inaccessible: she dives deep. Petri was the nerdy child that a lot of bookworms tend to be and identify with, but the beauty of nerdiness is that you dive so deep into your particular subject that sometimes the only people who can talk to you (read: stomach you) are your fellow specific nerds. This means that when Petri spends an entire essay detailing one sect of her nerdiness, you can feel left out if you’re not familiar with the topic being discussed. However, when Petri discusses a nerdiness you experienced, reading the essay feels like curling up with a cozy blanket and chatting with your best friend on the couch for hours.

Overall A Field Guide to Awkward Silences is a pretty enjoyable read as long as you skip the essays that you feel don’t jive with your own particular brand of nerdiness or humor. Unfortunately, I’m one of those annoying people who feel like they need to read every chapter, even within a set of unrelated essays, and force myself to slog through things that don’t really interest me. If I hadn’t done this, I probably would have enjoyed Petri’s memoir more than I ultimately did. The essays I enjoyed the most were “Ten General Rules”, “How to Join a Cult, by Mistake, on a Tuesday in Fifty-Seven Easy Steps”, “Trivial Pursuit”, “We Are Not a Muse”, “The Dog in the Manger”, and “So Far, So Good.”

If you’re interested in finding out what you think of A Field Guide to Awkward Silences before its release date, the publisher is currently hosting a giveaway on Goodreads. They’re giving away 150 copies so you have a decent chance of being selected if you reside in the US! You can enter the giveaway until 15 May 2015.